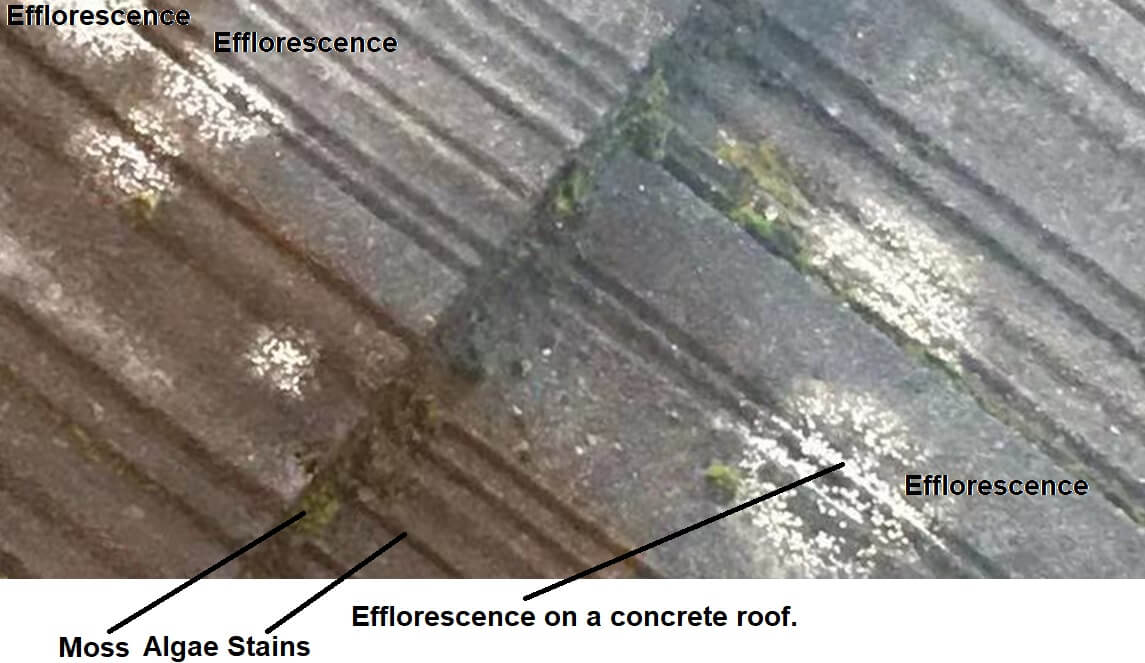 Concrete roofs are handsome and tough.  The tiles never blow off in the wind!  But there are some things about them that puzzle homeowners, and one of them is the appearance of light-coloured marks.  There are two very different causes for this.  One can be removed, the other cannot, so this is important.

It’s the difference between organic growth and mineral deposits.  The frilly stuff is organic, a growth called lichen, which is a symbiotic relationship between fungus and algae.  It looks like something you might find under the sea.  ROTban can eliminate it by denying it the ability to feed.  Treated, along with the rest of the roof, with ROTban, lichen and all other organic growths will shrivel up and wither away.  They’ll blow off in the wind and roll down the downspouts.

However, mineral deposits aren’t alive in the first place.  Deep inside the concrete, there is calcium.  In some cases, the calcium will drive its way to the surface.  That’s when you see the light marks, usually in ovals or circles. It’s called efflorescence, and won’t come out, no matter how deep you might scrape.  The manufacturers say that in time, it will work itself out.  That sure happens slowly!

If you have marks on your concrete roof that fit into this general category and are wondering which issue you have, just email me, gregg@rotban.ca and send 2 or 3 pictures from as close as you can safely get.  I’ll identify which type it is.

If it’s lichen, or if you’re experiencing stains or roof moss along with that, we can deal with it in a gentle way that really lasts!  It’s good to know the truth, anyway, so feel free to run it by me.